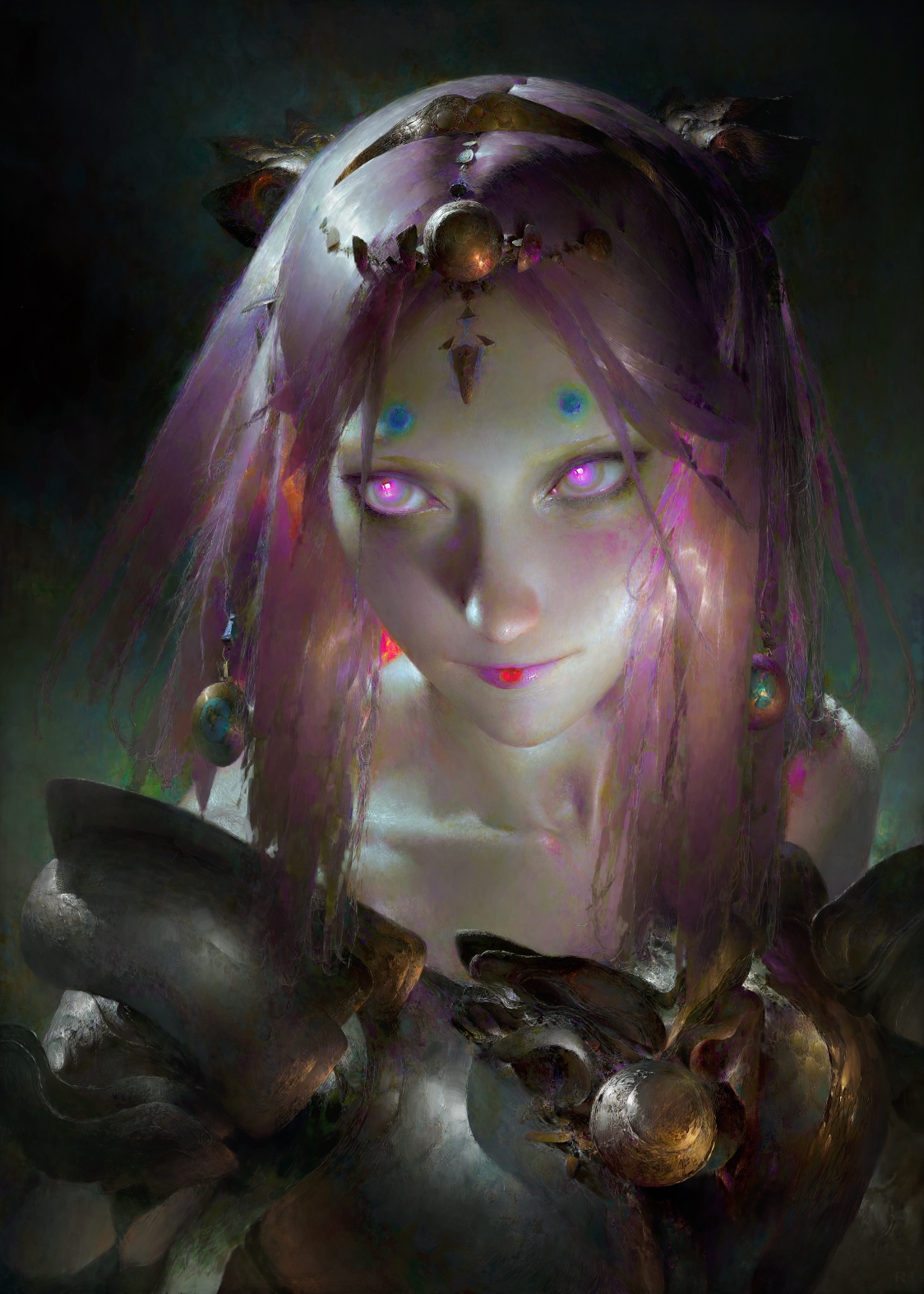 焚石邊境位於貴盤王國北部與赤卒部落接壤處長年戰亂，當地人生活在戰爭的陰影下，貴盤王派遣自己的次女炎熙瓦娜公主鎮守北境、公主自幼喜武且愛探險異與同齡女孩，，成年後國王並未為其聯姻，她以強勁的武力獲得皇室與議會贊許並請求國王下令指派自己去北境衛國平亂
There was a war, lasted for a long period of time in the border of Pyrestone. It was located between the north part of Grandpun
kingdom and the Orax tribe. At that time, the natives lived in fear .The king decided to appoint his second daughter , princess YanxWana, to take guard of the northern territory,Princess had brilliant talent in fighting since she was young . She loved to go exploring world no like other girl with her age. After she had grown up, the king did not arrange a marriage for her. With her amazing skills and talent in fighting, she was recognize by the royal family and parliament. She requested the king to send her to the northern territory to help out protecting the kingdom.

隱藏版，經過多番修改的完成品，但是回頭仔細去看的時候發現背光和我一開始想表現的形象有誤差，我想表現的是勇氣和比較正面的形象，這個倒像是羅剎版所以退回到更早之前的一個步驟然後繼續完成
The hidden version. I did a lot of changes before reaching the final outcome. I found that the back lighting outcome wasn't similar to the planning I did at first. What I planned to draw at the beginning stage was more towards bravery and courageous. And this gave me feeling more toward Rakshasa. Therefore, I decided to go back to the previous step to continue drawing.